Our guiding principle is "Excellence in all that we do".

The ARDEX Business Development Team work closely with architects, specifiers and contractors, and through strategic alliances with complementary manufacturers ensure the most suitable specification for your project.

When specifying ARDEX you can rely on our expert team for on-going support at every stage of your project, from rapid response to specification writing, to installation visits and on-site testing.

Our purpose-built training facility enables us to bring all parties involved in an ARDEX specification together, from the client through to the main or sub-contractors, ensuring total confidence in the specification and subsequent on-site application.

Our experienced team have a successful track record in the specification of tiling and flooring solutions, and have worked on a number of the world’s most prestigious projects within the transport, leisure, retail, education and health sectors, including the London Olympic Park Aquatics Centre, The Burj Tower and the recent multi-million pound refurbishment of The Savoy Hotel.

Andrew has over 25 years experience of working in Specification sales and joined ARDEX in December 2008 having previously worked as an International Business Development Manager, selling technical floorcoverings in the Transport and Military sectors. Since joining ARDEX Andrew has worked on a great number of projects and helped secure a variety of prestigious projects including The Aquatics Centre built for the London 2012 Olympic Games, The Royal Commonwealth Pool in Edinburgh, and the refurbishment of The Tollcross Aquatic Centre for the Glasgow 2014 Commonwealth Games. Andrew heads up the team in the UK and is also leads the Global Project Services Corporate Unit for the ARDEX Group with specification specialists situated globally to assist specifiers and global organisations.

Shaun has over 30 years’ experience in the industry, starting his career as a self-employed flooring contractor before progressing to a Sales and Contracts Manager position, working across domestic, commercial and industrial projects. He used his hands-on knowledge in his next role as Technical Support Manager at a rubber floorcovering manufacturer, providing support and guidance to architects, main contractors, designers and end-users around the world. Joining ARDEX in 2013, he brought a wealth of diverse knowledge to the organisation, particularly to the Technical Services Department which he managed for 4 years, and to his current role as National Business Development Manager.

Shaun has been involved in many high-profile leisure projects, including David Lloyd Leisure Centres, Butlin’s Splash Pool and Littlehampton Leisure Centre, and is also an active member of several industry bodies, including the CFA Manufacturers Committee, BASA and FERFA.

Adam Willmott has extensive experience in the tiling industry. From starting as an apprentice wall and floor tiler in 1982 through to joining ARDEX UK as a Business Development Manager, he has made a success of all the projects he’s been involved with. During his time as a wall and floor tiler, he worked on several London Underground projects which include Piccadilly Circus where he teamed up with his Father and Brother on this award-winning project.

Adam spent many years tiling swimming pools throughout the UK and even travelled to work on projects in Europe, most notably for the DisneyLand Theme Park in Paris and then on to the Olympic Games in Barcelona. Adam then spent the next 13 years managing a contract tiling company and was involved in all aspects of that business from estimating to completion, Adam has also worked with one of Europes leading tile manufacturers as a sales consultant helping architects and designers choose the right products for their projects.

In 2014 Adam joined ARDEX as a Business Development Manager. Since then, he has been working closely with architects, specifiers and contractors, as well as complementary manufacturers, to specify the best materials for the projects he’s been involved with. Since joining the team, he has written hundreds of specifications, whilst also providing technical support, installation visits and on-site testing.

Seyi gained a degree in Accounting and Finance, at Canterbury Christ Church University before moving into a career within sales, selling power tools, anchors, fixings, direct fastenings and online asset management solutions to contractors and subcontractors, within the construction industry, working on projects such as Barking 360, The International Quarter, the Manhattan Loft Garden and Stratford East Village.

Mark has 14 years experience selling sanitary ware and ceramic and porcelain tiles to the retail industry, working with Property Developers, Main Contractors and Tiling Contractors. Mark has worked on specifications with Interior Designers and Architects,
on projects such as Kellogg Tower, Barnes Village, Brent House, Crown Plaza and Sutton Point.

With over 35 years’ experience in the flooring and construction industry. Richard started as an apprentice floorlayer in 1985, spending 15 years “on the tools”, seven of which were self-employed. In 2000 he moved into retail sales as an estimator/planner and then 18 months later he commenced his career as an Area Sales Manager for two of the largest flooring distributors in the UK.

In November 2015 Richard joined ARDEX as an Area Sales Manager, developing sales through our partners in distribution offering and organising training, technical and site support, moisture testing and writing recommendations for the contractors and retailers on his area.

During the first lockdown of 2020, Richard volunteered for an extra role looking after the education sector for Business Development. Later in the year he was successful in obtaining a new role in the Business Development Team, bringing with him a wealth of knowledge and skills in the flooring, tiling and construction sectors. Richard utilises his skills managing projects from specification through to installation, and providing on-site support.

Keith has nearly 30 years’ experience in the construction industry, including 26 years at CEMEX – one of the UK’s leading suppliers of cement, ready mix concrete, screeds and aggregates. He joined BAL Adhesives, part of the ARDEX Group, in January 2019 where he developed high-end specifications with contractors, distributors, regionals developers and complimentary manufacturers throughout London and South East England.

Scott has over 12 years of experience in the flooring industry working for two major manufacturers, one vinyl floorcoverings, the other commercial carpet tiles. Scott has gained specifications by working with architects, specifiers and contractors on projects such as St George’s Quay Student Accommodation, Manchester City training ground, Piccadilly Place-The Hub, Astra Zeneca and many other projects in a diverse mixture of market sectors.

Scott joined ARDEX as a Business Development Manager in 2020, working with architects, specifiers, contractors and complementary manufacturers to provide support and help advise and ensure that the most suitable ARDEX product is chosen for the specific requirements of each project.

Chris joined ARDEX in January 2020 as a Business Development Manager and has extensive experience in working with flooring contractors, building contractors, and Architects.

Prior to his account management and business development experience, Chris started his management career organising conferences at the award-winning Moller Centre in Cambridge. Chris then spent 10 years running a sales team for a national water company. In 2013 Chris changed career path and entered the world of flooring. Working closely with flooring and building contractors on high-end projects for a floor protection company, to offer products and guidance to protect existing and new flooring installations during construction. Some of the many projects that Chris has been involved with are Battersea Power Station, The Crick Institute – where he worked closely with the Architect, flooring contractor and manufacturers to design bespoke materials to ensure a perfect floor finish and the royal residence at St James Palace.

Chris will always seek the best solution to any problem and since he has joined ARDEX he has worked closely with architects, specifiers and contractors to recommend the best system for the projects he’s involved in.

To get in touch Enquire by email or fill out the form below: 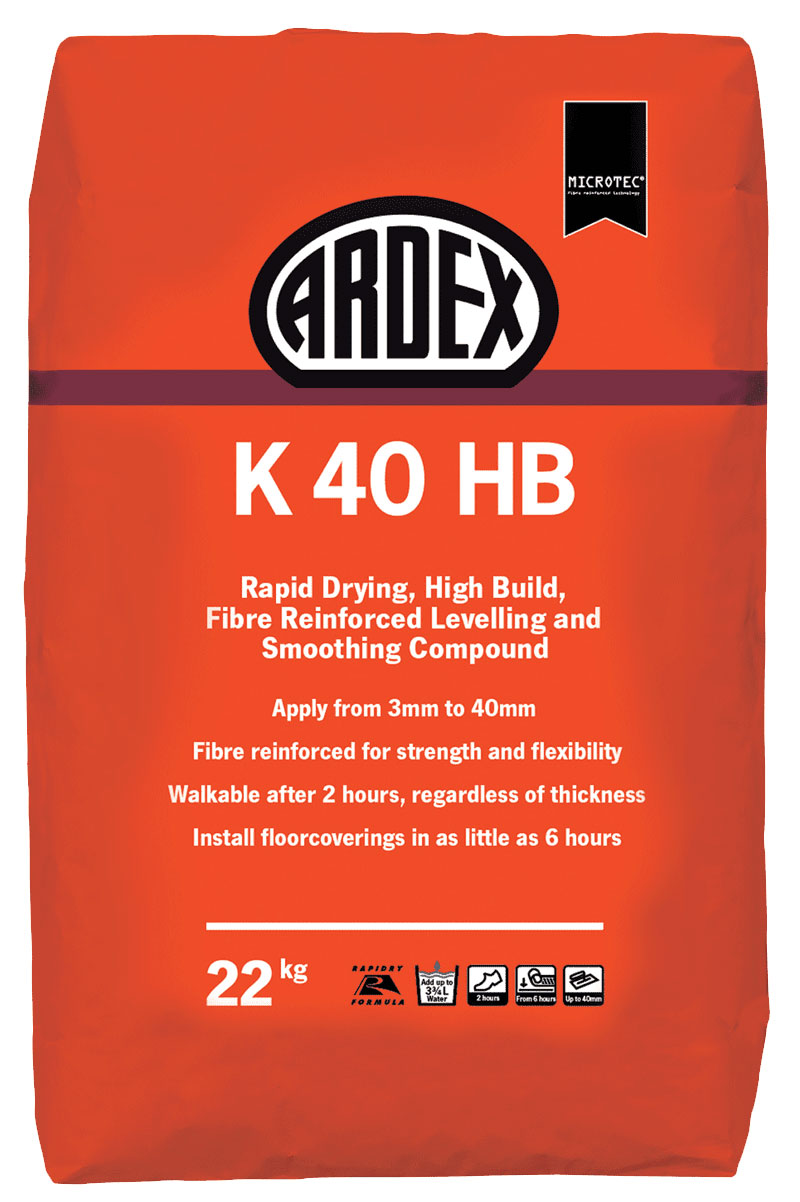 MAYBE IT'S TIME
TO UPGRADE
YOUR WATER MIX!

Fed up of trowel marks, dusty surfaces and additional prep the next day?