Workers were walking over the levelled floor just 3 hours after applying ARDEX A 38, ensuring the store was open in time for the Wimbledon Tennis Championships 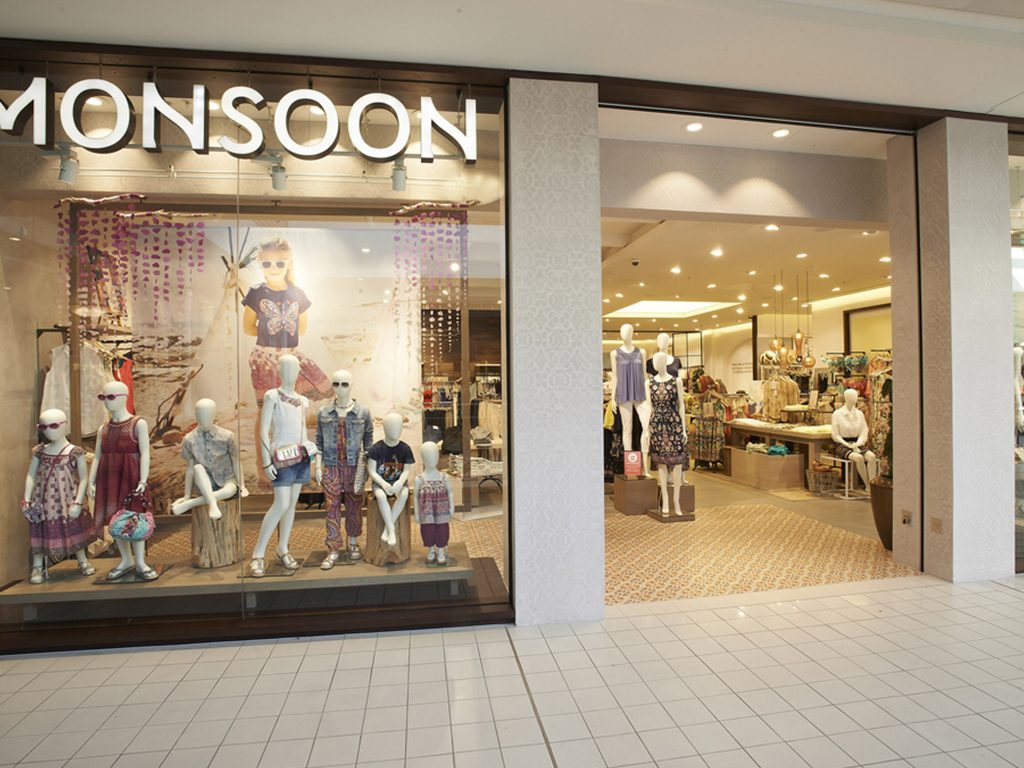 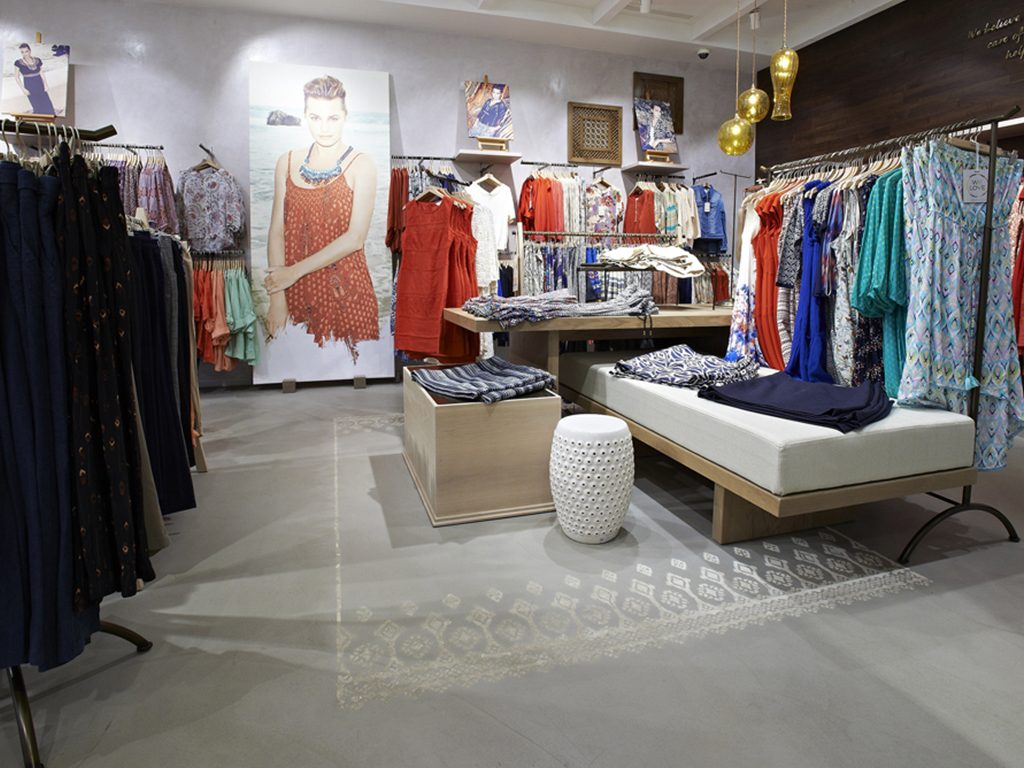 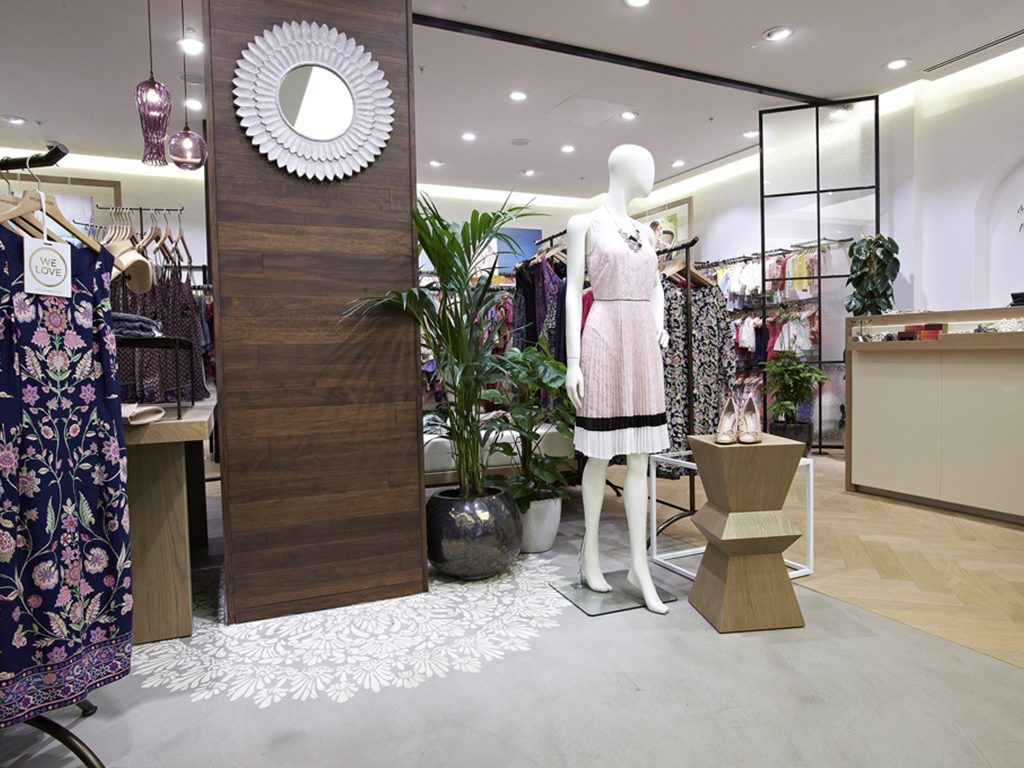 Founded in 1973 and operating two international retail clothing chains, Monsoon Accessorize is a London brand with a highly distinctive identity, striving to bring hand-crafted and folk-inspired fashion to London.  Today, the London-based retailer has over 400 Monsoon and Accessorize stores in the United Kingdom and over 1000 throughout the world.

In June 2014, as the world’s greatest tennis players descended on centre court, Monsoon prepared for the opening of a brand new store in the Wimbledon area.  The shop was to feature an intricate Persian rug design etched into the floor, and required the merging of two existing shops to create a more spacious retail area.

Despite complex requirements, ARDEX were able to provide support on the complete job, from substrate preparation, to the laying of the finished floor, and final maintenance and cleaning.  Aware of the level of difficulty this job entailed, ARDEX recommended the use of Lasercroft Ltd, who are fully trained PanDOMO installers.

Adrian Ashby, Business Development Manager of PanDOMO UK explained: “The original brief was to complete the application and finishing of the PanDOMO floor, as well as the installation of the Persian rug artwork within two weeks. The store was to open in line with the opening of the Wimbledon Tennis Championships, and there was no room for compromise on this.”

“The pre-levelling works to merge the two existing shops was an unforeseen task.  The two floors were different types, age and levels, and fundamental work had to be carried out to create an equal starting point before work could begin on the design of the floor.”

James Carmichael, applicator at Lasercroft Ltd. commented “These additional works added to the client’s schedule which could have affected the store opening, but with the Wimbledon Tennis Championships about to begin this wasn’t an option.  ARDEX A 38 Ultra Rapid Drying Cement for Screeds proved invaluable, allowing work to be carried out within the allocated time, and without jeopardising the final results.”

“Workers were walking over the levelled floor just three hours after applying ARDEX A 38, ensuring subsequent work could continue at a pace necessary to meet the two week deadline, and the PanDOMO floor was laid in just three days.  The seamless finish created a spacious feel throughout the store, and its increased resistance to wear and scratching made it ideal for a highly-trafficked retail environment.”

James concluded: “The technique for installing the artwork was developed specifically for this project.  The premium quality and fast drying characteristics of ARDEX products were fundamental in ensuring the store opened on time, and the aesthetics of the finished PanDOMO floor ensured the job was completed to a standard worthy of a leading fashion retailer.”

The Monsoon store opened in line with the Wimbledon Tennis Championships, ready to not only withstand the influx of London shoppers, but to wow them with the intricacy of the finished Persian rug artwork.