40 years after closing, ARDEX products were used to modernise the pool facilities, but the project retains its original character 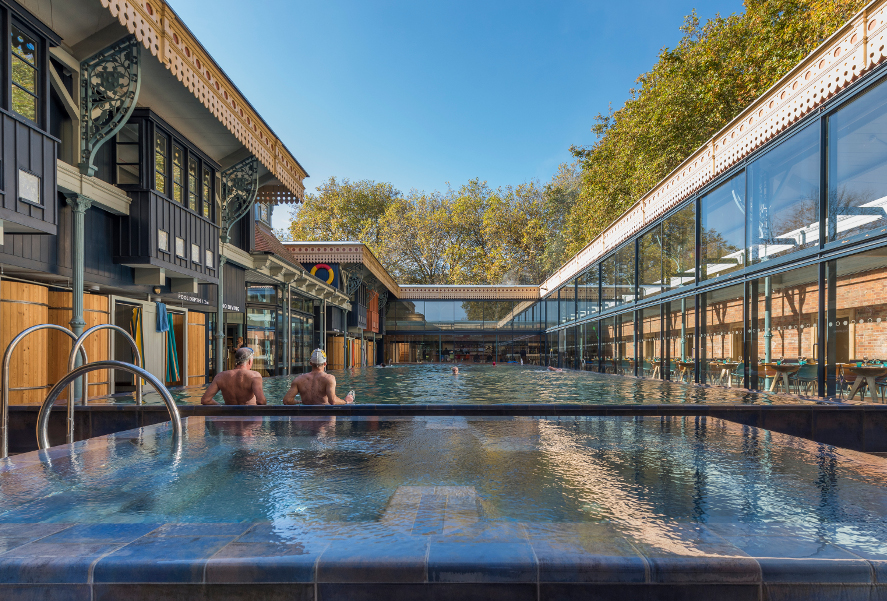 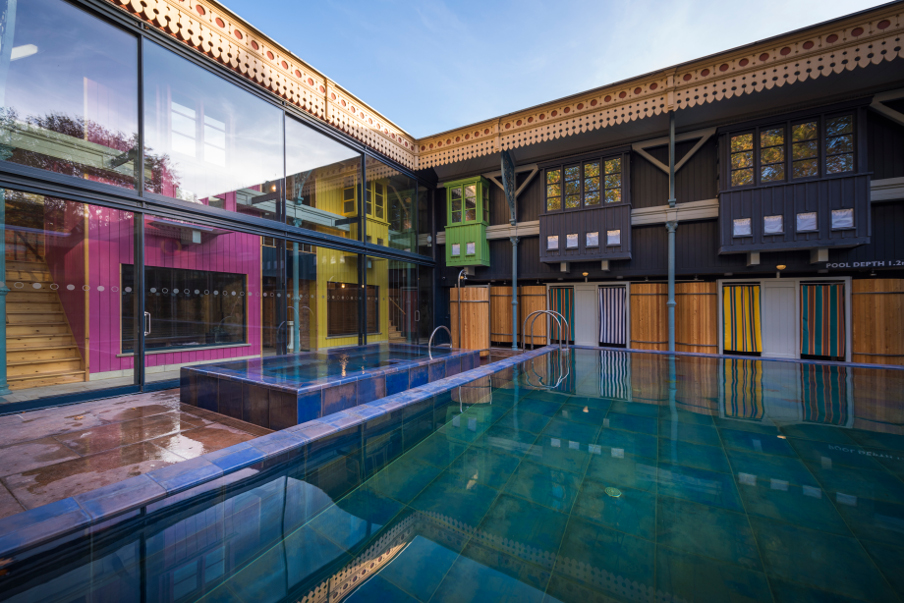 Residing alongside the River Thames in Reading is the site of the King’s Meadow swimming pool. It originally opened in 1902 as the Ladies Swimming Baths and is the oldest outdoor public pool from the early Edwardian era in existence. However, over time it fell into a state of disrepair and, following its closure in 1974, has been left unused for over 40 years.

Renewed interest in the site came in 2004 when it was awarded Grade II listed building status, and a £3.5million project began in 2013 to restore it. The new site opened in 2017 as the Thames Lido, and incorporates a new swimming pool, spa, restaurant, bar and event space; and importantly, whilst the facilities have been completely modernised, the design itself has retained the appearance and theme of the old building. According to the Reading Civic Society, “Great care has been taken to restore original features or to replicate them where necessary. The additions to provide the spa treatment rooms at first floor level, and the restaurant areas, have been created in a modern style but in a way which complements the building.”

The main attraction of the site its 25m outdoor heated swimming pool, which was built by BOS Leisure inside the existing pool shell to carry the original shape and features through to the new design; this method also prevented damage to the building’s foundations, which could have been destroyed if the existing pool was removed.

Appointed for the tiling was Profix Ltd, who sought specification advice from ARDEX following a history of successful joint projects including the David Lloyd Leisure Clubs and Hinkley Leisure Centre swimming pools.

A thorough process was followed from start to finish. Firstly, Adam Willmott, Business Development Manager for ARDEX UK, conducted an initial site visit to determine the requirements of the works, including any product performance attributes that would assist the contractors. From this, he produced a detailed product and application specification, recommending a specialist swimming pool tiling system with fast drying properties to assist with the exterior working conditions:

Following any ARDEX specification, training and demonstrations are available to fixers to ensure they are familiarised with the products before starting the works; however, as Profix Ltd was well acquainted with the system from previous contracts, they could proceed based on the specification alone. Even so, Adam conducted several site visits throughout the project, and after its completion, to ensure the application went as planned and assist with any queries the contractors had.

For the client, the quality of finish was their most important priority, and the combination of the products specified, support provided at all stages of the project and technical capabilities of the contractors, meant the swimming pool was finished to their high standards. In addition, although speed wasn’t a leading factor for the contractors, the fast-drying properties of the tiling system not only meant the works weren’t as susceptible to the adverse effects of weather in the exterior working conditions, but also kept the entire project moving along at a pace acceptable to the customer.

Speaking about the works, Greg Paclawski of Profix Ltd said: “This was a truly unique project, and it gives me immense pride not only to have worked on it, but to have also produced a beautiful end-result for the customer. It was great to be a part of the team that saved this building, especially after it had been closed for such a long time, and create something that will now be used for years to come.

“Quality was of the highest importance and there would have been no cutting back at the expense of the finish. That’s why we chose to work with ARDEX, because you can’t get any better than them; their products, technical advice and site support are unparalleled.

“I’d like to personally thank Adam for his help on this project, as he is great to work with and is always on hand to help; as well as Andrew Grove at Euxton Tiles, whose professionalism and reliability in supplying the fixing products were second-to-none.”