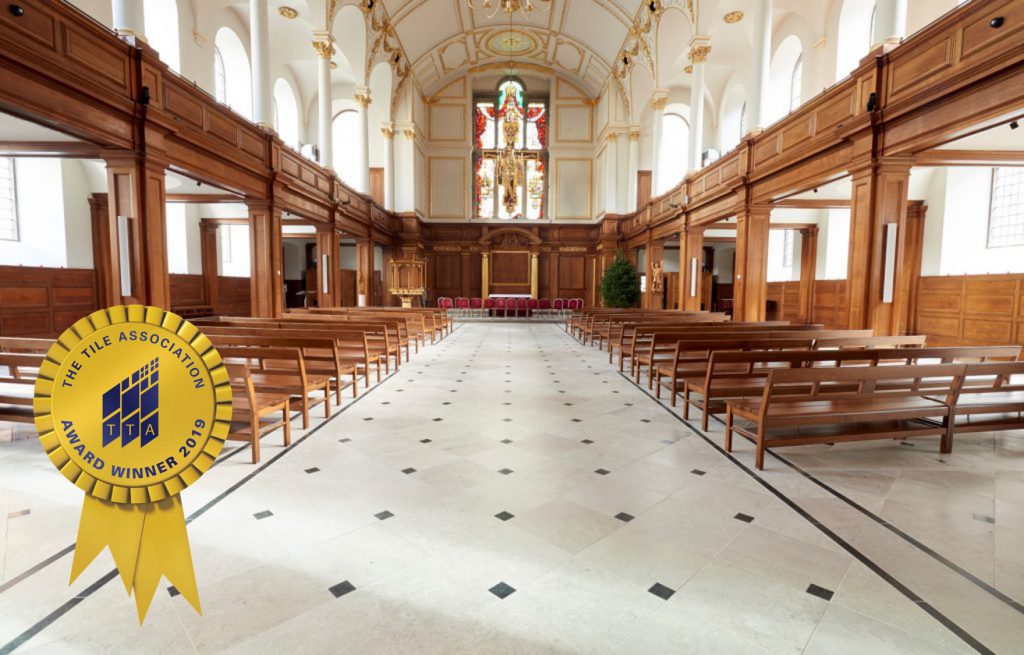 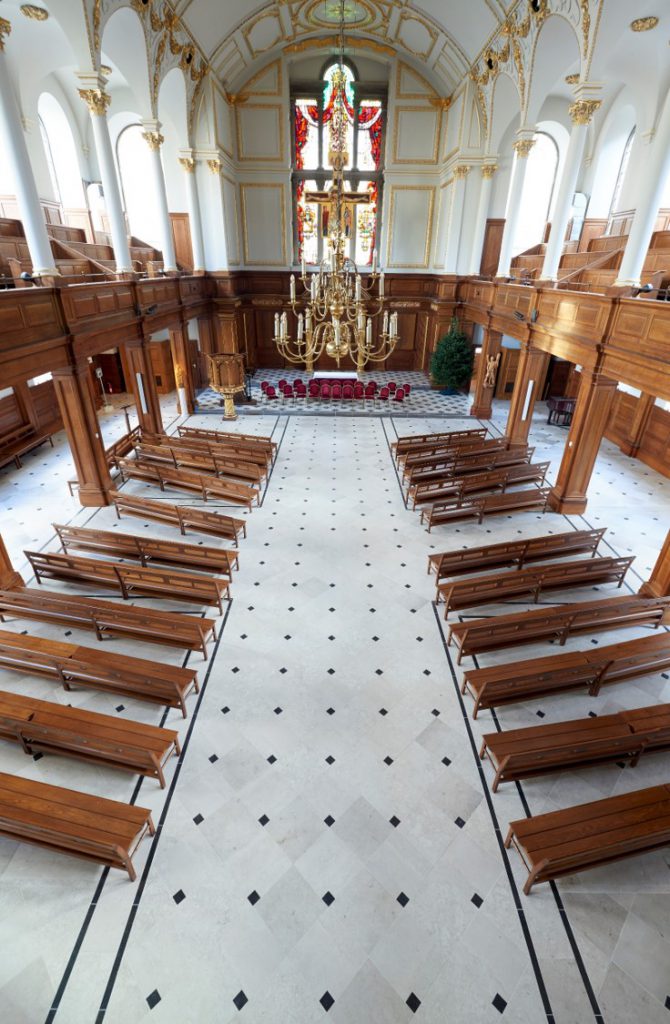 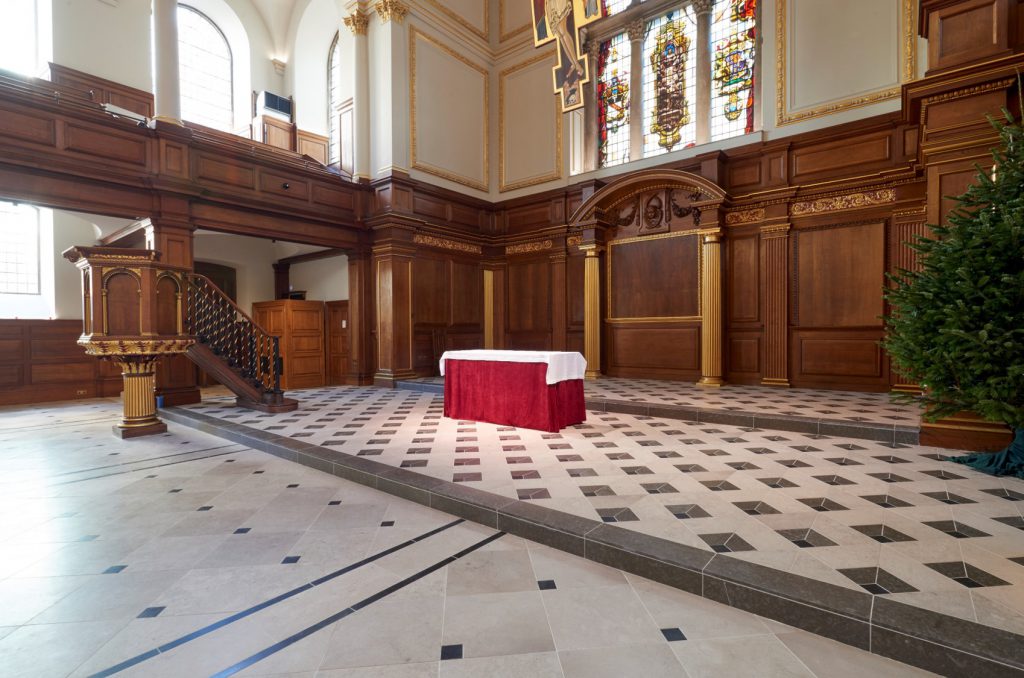 St Andrew Holborn has stood as a Catholic Church for over 1000 years. Throughout its history it has received several major renovations, but it is most famously known for its late 17th century rebuild by the renowned architect Christopher Wren, who later went on to design one of London’s most recognisable and historic landmarks, St. Paul’s Cathedral. The latest large-scale works date back to the 1950s, and six decades on it was deemed in need of repair again.

Completed at the end of 2018, the latest refurbishments spanned the entire internal area of the church, including some 600m2 of flooring in the main church area and its surrounding rooms, as well as its vestibules and tower. Consisting of old vinyl tiling, it was worn and damaged and was replaced with new Hopton Wood Limestone, which was installed by Chichester Stoneworks. The existing base was also removed and replaced with a high-strength, rapid drying screed that could work within the client’s limited time constraints.

Having used ARDEX products on several other successful projects, Chichester Stoneworks contacted the ARDEX Business Development Team for specification advice. A full site visit helped ARDEX to understand the project and client requirements, who also provided compatibility testing between the limestone and potential fixing solutions. They provided the following specification:

Before the tiling commenced, ARDEX also provided guidance on the use of the tiles, with a detailed report to summarise the compatibility testing they completed. For example, the Hopton Wood Limestone was reinforced by a resin mesh backing, and it was advised this be removed in accordance with Stone Federation guidance.

Support continued throughout the project, with the ARDEX Business Development Team always on-hand to provide specification advice and answer questions when required.

The works completed in December. Commenting on ARDEX’s involvement in the project, Chris Gladwell of Chichester Stoneworks said, “St Andrew Holborn has been an interesting and challenging project as we needed to install a new stone floor within the constraints of an existing building. Throughout the process ARDEX gave us technical support and advice on how to overcome some of the challenges we faced and assisted us with formulating a suitable specification for the screed, adhesive and grouts used.”